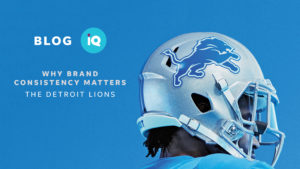 To build lasting brand, companies must consistently deliver the same messaging, tone, and identity. In repeating visual elements and continuously engaging with audiences, brands become instantly recognizable by consumers of all kinds. The Detroit Lions are a great example of a well-known, traditional brand built brick-by-brick over the years. Since its humble beginnings in Detroit in 1934, the Lions have built a recognizable visual identity influenced by both their Detroit heritage and exotic shorelines. For instance, the Lions still wear Honolulu Blue and Silver. The distinctive blue color of their jerseys comes from the imagery of waves crashing against the Hawaii coast. As for the silver, the Lions wanted to pay homage to bustling Motor City and its automotive industry. 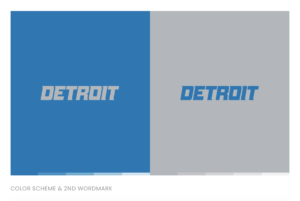 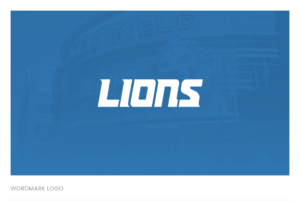 The Lions’ color scheme isn’t the only element forming their visual identity. In 1960, the team added the image of the lion to their helmet design, a persistent image through the years, and one found on all of the team’s official gear. As with any logo, it has evolved. Over seven iterations, the logo changed in subtle ways, helping to guide the team to the modern NFL era. A great brand is instantly recognizable, and nobody could mistake the lion for anything else. The Detroit Lions are a testament to high-level marketing. They’ve crafted indelible imagery their fans are proud to wear.

Perhaps the most significant decision in the franchise’s history was the decision to schedule a game on Thanksgiving. While it might have begun as a one-off event, the Lions presence on Thanksgiving has morphed into an undying American tradition. Families across the country enjoy a feast of turkey, mashed potatoes, and more, all with the Lions game playing in the background. Thanksgiving Day football is a strategy of marketing woven into the fabric of American life. There’s no better brand recognition than that. 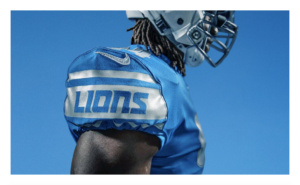 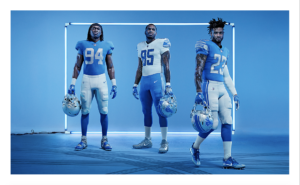 As a business owner, you know a good brand is built on more than recognition. Dependability plays a crucial role. Successful brands must build a relationship with their consumers based on trust and reliability. You can’t hope to foster long-standing trust with your clientele without putting the work in. For the Lions, their dependability arises from the franchise’s ability to establish a consistent visual identity. They understood the importance of the colors and design elements found on the players’ uniforms and didn’t take it for granted.

All businesses can learn lessons from the Detroit Lions. Their consistent brand identity allowed them to maintain their status as one of the NFL’s most iconic franchises. Their image transcends sports, enabling them to reach consumers who don’t enjoy sports. And that’s where non-sports franchises can learn from the Lions. If you develop a distinctive visual identity, maintain values, and establish trust with your community, the sky’s the limit. DesignIQ has experience helping businesses establish a potent visual identity. To learn more about what we can do for you, contact us today.

Amanda Callahan: designIQ Employee of the Quarter
DesignIQ is a flexible, customer-focused ad design and brand creation company with a reputation…

How to Bring Your Unique Voice to the Forefront
You know how important a brand is, even if you…

Read More
Archives
Categories
Recent Posts
Back to the top